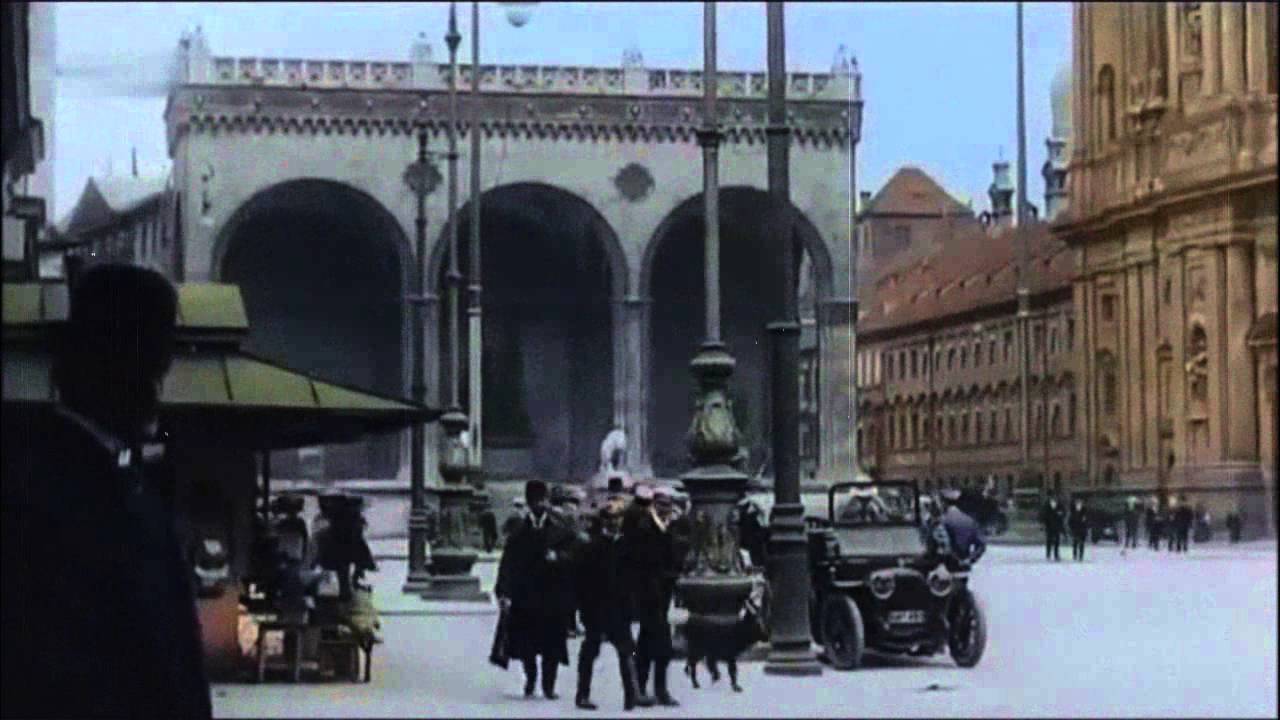 The film shows the city center of Munich in May 1945 with the Karlsplatz, the town hall, the dome and the Odeonsplatz. You see th Feldherrnhalle where the Nazis had placed an emblem to commemorate the Beer Hall Putsch of November 1923. The graffity says: "KZ (Concentration Camps) Dachau - Velden - Buchenwald. I am ashamed to be a German."
Through the Allied air raids in World War II Munich city is heavily damaged. At 74 airstrikes 6,632 residents are killed and 15,800 wounded. Munich's old town was destroyed to 90%, the entire city to 50%.
William Wyler directed the shootings in Germany on colour film for the US Air Force. The film has never been completed and published.